I’ve often been asked if I wanted to switch roles and get in front of the camera, not as a photographer but as a model. The answer is …. No, not really. It’s a really difficult step for me because it’s not the way I compose my pictures and I don’t project myself into this role. It’s not really a different state of mind, but I have the feeling I would be deprived of my tools of creation. Obviously, I could still be involved in choosing light and composition but surprisingly I have more control by communicating with a model who will interpret my signals than posing myself.

But some photographers are able to do both, and I admire them for that. The first time I was introduced to Marie, it was for her work as a photographer, a work that I love because of its purity, simplicity, and honesty. There are many series from Marie that I’m jealous of, that I would have loved to produce myself.
But this time, it’s another side of Marie that I discovered: she as a model. It requires a lot of versatility to be able to create on both sides of the camera. As a photographer you build your own aesthetics, your tastes, you work hard, to be honest in your work and find your way to capture and model reality for fit your mind and thoughts. As a model, you have to let it go and trust the people on the other side: it could sound simple but you also have to play a part and huge one. One that you don’t master, a role which requires a totally different set of skills and moreover you have to struggle with your own mind to be the model and not the photographer, to think as a model, not as a photographer.

At least, this is how I imagine switching places. From my point of view, it was really simple with Marie: she has a vision which can be felt in her environment. Wood on the floor, flowers, little skulls which have a name. She also did know she wanted to be nude from the start: like she was letting everything go, putting trust into someone else. I can just imagine how she hoped at that moment that the magic would work because as a photographer you know that sometimes it just doesn’t, and sometimes you or your model is not on the same page at the same time.

Hopefully, it did work with Marie and we’ve built together this portrait for the /den/ project. A portrait that I like very much because it conveys a lot of aspects of creation. She is one with her gardens, one with her art and sensibility. Marie was a hell of a photographer, I know now she is also a hell of a model. 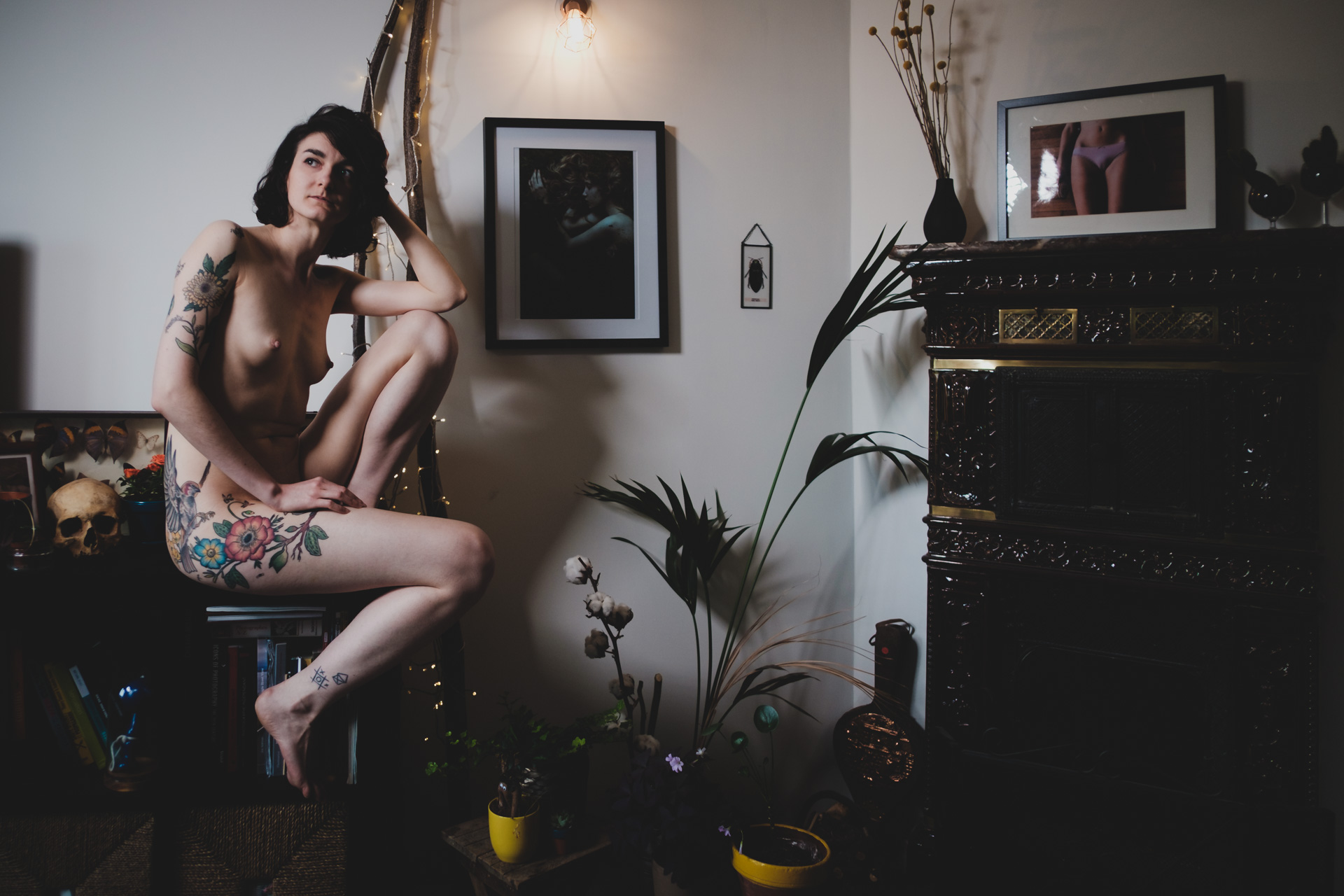