I’m currently working a new project called /humanimal/. This is really a work in progress, even the name is not final, so everything can still change :)

First, I need to remind that continuity is very important in my work. I’m trying new things at every project, I do not have a very consistent work, I lack a lot of homogeneity in treatments but I love remind former projects in new ones. Basically this is due to the way I use photography: as a diary to express my life, and there is both heterogeneity and consistency in life. Things evolve and change everyday but past is still there and a basis for present. 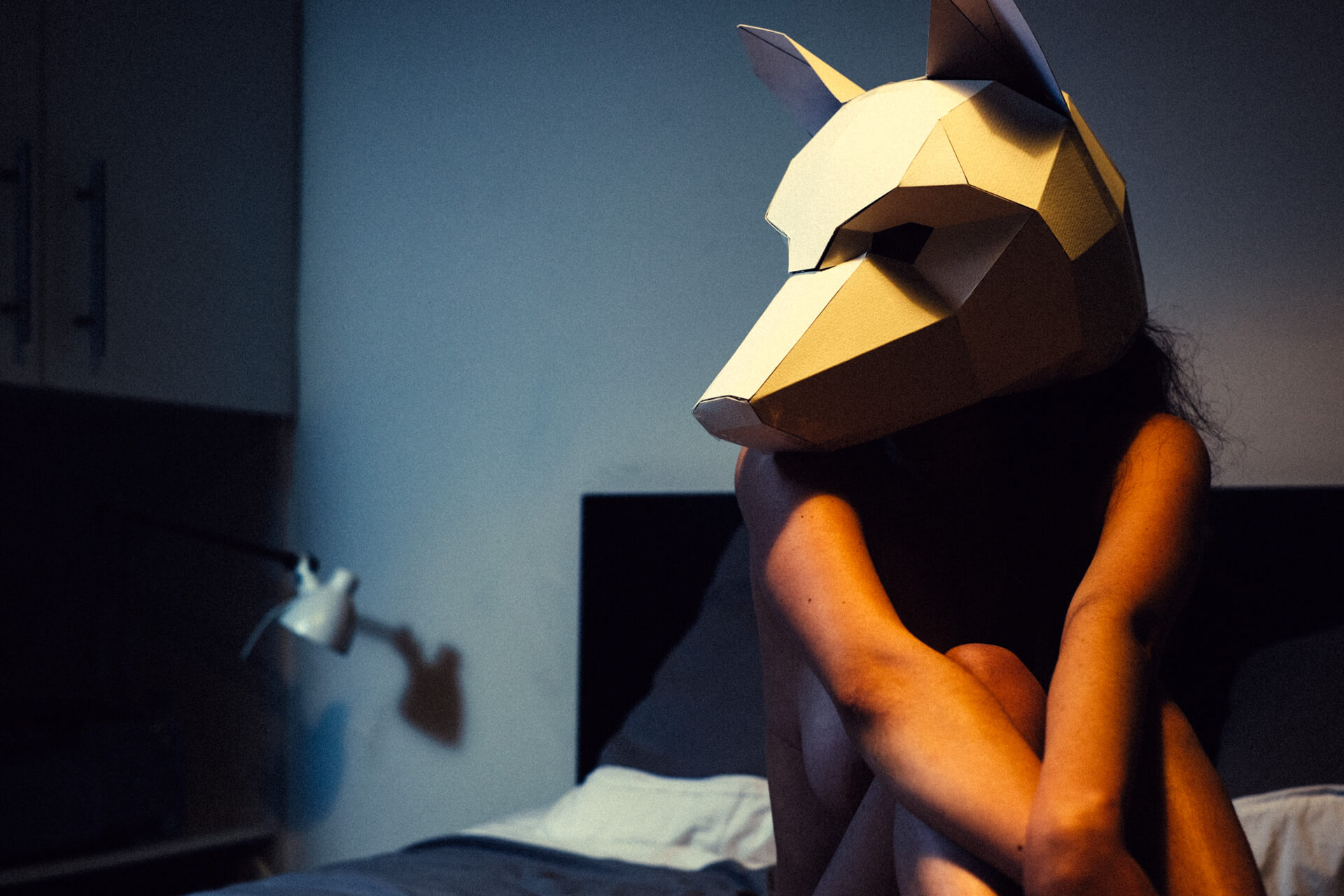 So, long story short, it’s been a long time I wanted to work again with masks. This like I would like to use it as a distraction but not negate the whole personality of the model to focus only on body. Environment is important, as well as context. It’s an evolution of in situ projects I’ve already published. In this context I wanted to have non human mask, but not too explicit, not too realistic. I was upon to surrender when I finally found that DIY geometric / animals mask. It’s fucking great, cause I can basically use any paper material to build them as long as there is minimal weight. It’s the kind of project which open a lot of possibilities and I love that. Last but not least, it’s something my girlfriend can share with me and introduce her own art in it. Amazing :)

So now, where am I with all this?
- Two masks built so far (fox and hare) ;
- one shoot, second one is planned tomorrow ;
- I know for sure it should be run in situation to take into account model environment ;
- totally lost in the development !

Initially I thought about this series in black and white. Not a very strong one but a kind of old school. After my first shoot, the model was really focused on the color version (nearly raw out of Fuji XT1) so I considered this for a long time and move to a kind of instant film development process. Then I loved the first image (displayed here) and feel pretty much nothing for the two other of the series. The model preferred the black and white, stating I went too far in saturation in the color version and published the two others in B&W.
So what? Should I get back to black and white? I’ve work on development for hours without getting anywhere, so I decided to stop, plan a new shoot and retry the development at that time. Next shoot will happen in situ, with a more ‘advanced’ model who has her own vision, so I hope she will help.

Now that I’m writing down all this, I realize how close this series is from the Home project (see on my website). So maybe I should just stick to the same kind of treatment… food for thought … what do you think?