I’ve been obsessed with people place and how it can reveal oneself for a while now: /home/, /persona/ are testimonies of my past tries dealing with this rabbit hole. Lately, I’ve been focused on building the /equi.libre/ project which is a pretty complex one, involving multiple models, staged aesthetics, location finding, complex lightning ... and I really needed to have an alternative project running: one which would be lighter, easier to set up, and properly sized to encounter new people who I would involve in other sets: this is how I gave birth to the /den/, of which I must say I’m pretty excited about!

The challenge was that:

Once this has been said, I asked the amazing Ada Ardente if she wanted to be involved in this ongoing experiment. She said yes, and here are our first tests shots. 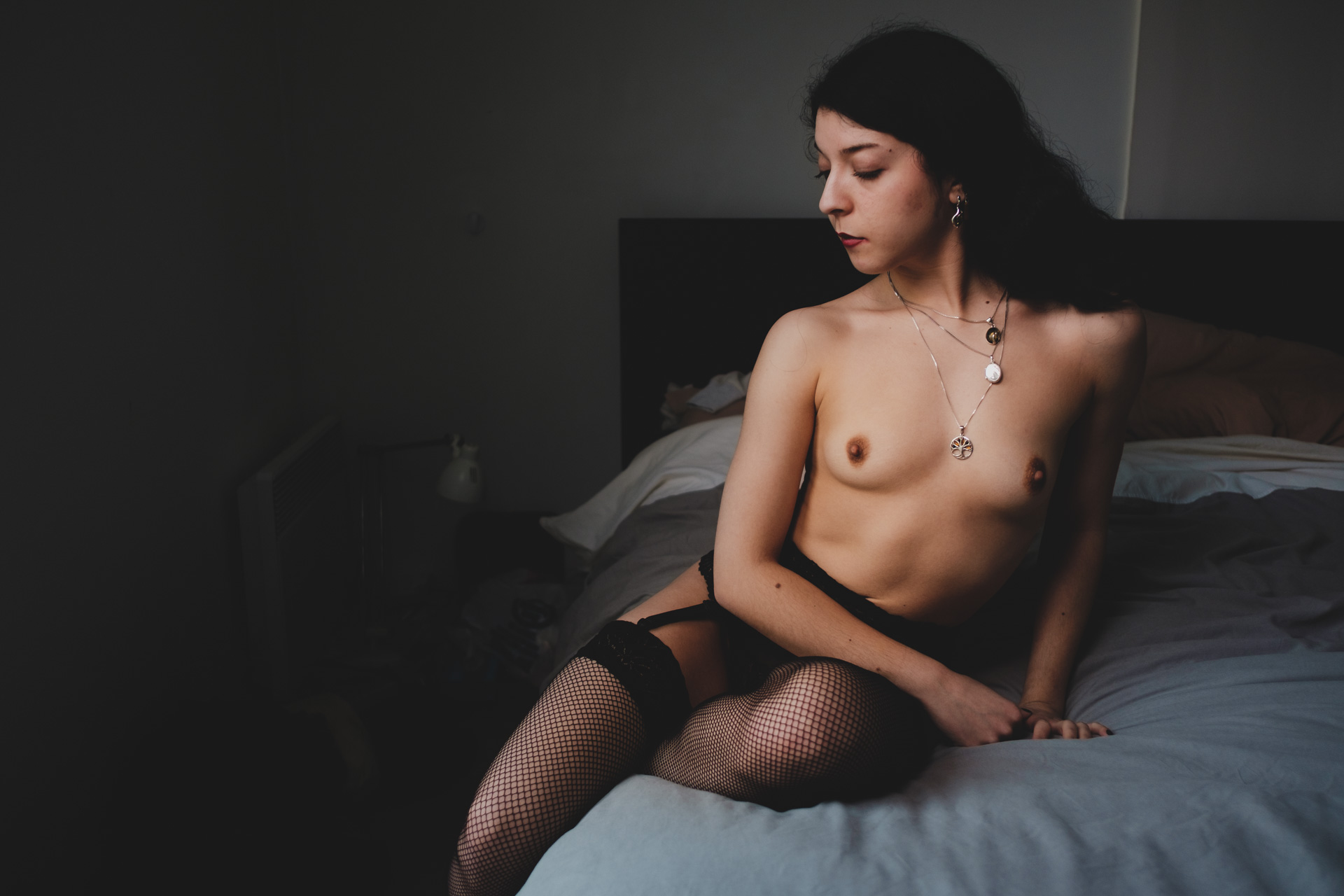 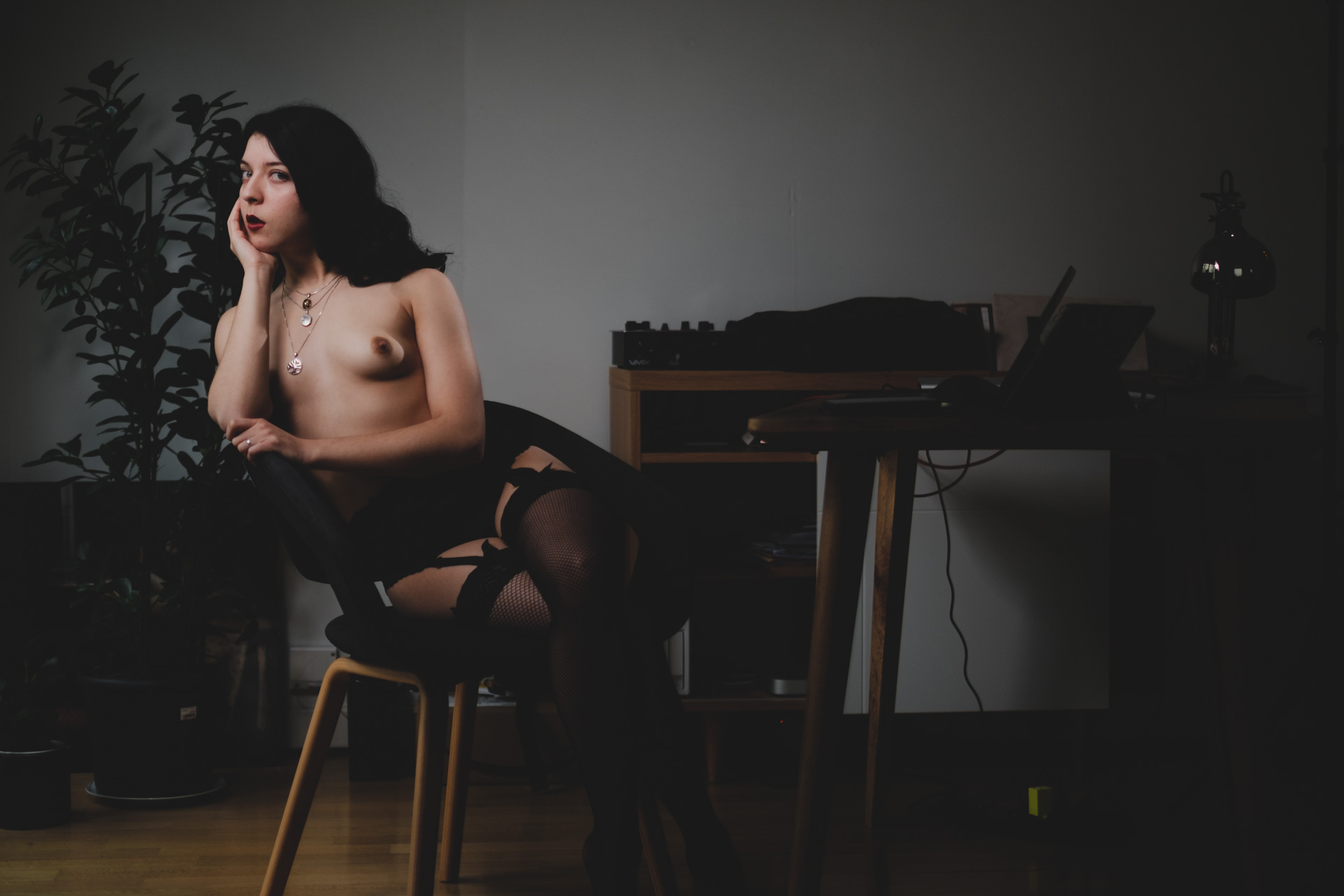 For the outfit, I asked her to shoot topless as I still need a primal relationship with the skin, and she would choose the rest which can be from fully nude to casually dressed or even in disguise if she wanted. She chose to use her fancy lingerie that she loved. It’s another way to give power back to the model and have a proper balance between directing and letting the model express herself... and I love that.

My contract is fulfilled thanks to Ada. Set up is ready, mixed light works well. Now let’s go and shoot in your own den!